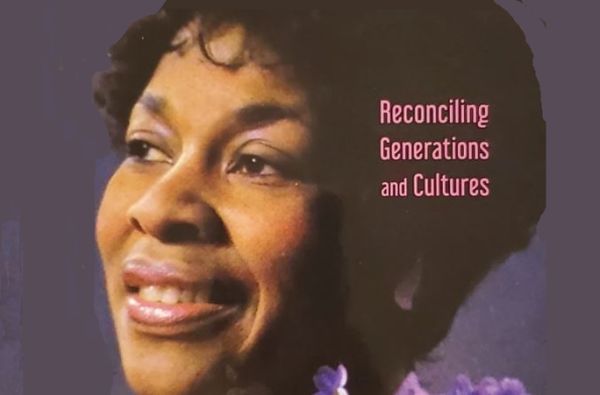 Dr. Corinthia Ridgely Boone, a native Washingtonian, has served as chairman of the Capital City National Day of Prayer since 1985. A distinguished educator (Bowie State U., B.D., M.A., and Union U., Ph.D.), career teacher, principal, and instructional specialist in Prince George's County outside Washington, D.C., she served as Minister of Education at Evangel Temple, one of D.C.'s largest churches. She founded Together in Ministry and the International Christian Host Committee to build lasting relationships among churches, ministers, and ministries to pray and work together to advance Christian unity among leaders of all races, nationalities, and generations in the D.C. area. Corinthia has beautifully modeled Christian love. Now 85, her friends across the national prayer movement insisted she write her fascinating autobiography, Corinthia -- My Potter's Wheel Journey Overcoming the Odds (highlighted HERE).

Premise: I desire to be a part of the solution and not add to, escalate, or increase focus on the obvious problems-- white police shooting blacks; blacks shooting blacks etc. The solution rests on the biblical perspective anchored in scripture. "For everyone has sinned, we all short of God's glorious standard" (Rom 3:23). Therefore, let us focus on changes we should make, not on others' faults.

Key Scripture: Jesus said, "Why do you see the speck that is in your brothers eye, but do not notice the log in your own eye" (Mt 7:3-5). Yes, others around us have faults, bad habits and sins. Despite that truth, God wants us to focus first on ourselves.

Biblical Directive: "If one is caught in a sin, you who are spiritual should restore him gently" (Gal 6:1).

Believers Mandate: Restore, reinstate truth - we are valuable--fearfully and wonderfully made--all mankind (Ps 139:14) We must repair, give back what was previously taken away: dignity and respect.

Introspection: We must ask God to show us any part we have played in the problem. We must ask God for eyes to see our own faults rather than the faults of others, shifting the focus from others to ourselves. Pray to see clearly "create in me a clean heart and restore a right spirit in me" (Ps 51:10). "Have mercy on me and blot out my transgressions" (Ps 51:1-3). David understood as we must-- we have ultimately sinned against God. "Against you, and you only, have I sinned and done what is evil in your sight." (Ps 51:4). David asked as we must, "Lord restore the joy of my salvation." It is evident many are tired of going through the motions and not experiencing the fullness and joy that comes from living upright with a clear conscience.

Healing and Prayer of Surrender: Even after "all" have messed up, and we have - repentance invites us to position our hearts so God can make and refine us into the image of His Son (Rom 8:29). Why? Look around and you will see a generation who has lost its identity. Yet, God gives us the solution, "and he will turn the hearts of the fathers to their children. (Mal 4:6). Pastors, Elders, Deacons, Believers rise and stand in the gap!

The Price is Great, and the Stakes are High: Fathers, spiritual believers on every level, turn your heart to the youth out in the streets. They are there with no spiritual direction. Don't be unkind; don't constantly criticize. Let all bitterness go. Looking beyond faults, see their needs. Provide desperately needed spiritual guidance; reach out with the fatherly and motherly love of Jesus to all youth: They need Us!

Solution: Seek and receive empathy - the ability to understand and share the feelings of another. Engage in difficult conversations and listen carefully. Reject any bait for argument. Avoid self-justification while listening with a loving spirit. Seek to truly understand the opinions and emotions presented (Mt 20:25--28; Php 2).

Biblical Way: Speak courteously and respectfully whatever the circumstances and/or hostility! Our words should be things of beauty "like apples of gold in the setting of silver" (Pr 25:11).

Crisis Hour: Remain Balanced: Let us learn to be teachable, to listen for personal areas in need of change. Be willing with the attitude, "it's not my brother, nor my sister, but it's me Oh Lord, standing in the need of change." AMEN!

"God wants the church to be a part of the solution to bring healing to the nation" (Edmund Burke).

The Call is to all believers to model biblical justice. To model goodness, mercy and to show what it means to walk humbly before our God (Mic 6:8). To God Be all the Glory!!!

The Call and Challenge to Racial Reconciliation through Jesus Christ -- There is no institution on earth that can root out racial prejudice from a human heart. And there is no way for a racist heart to be purged apart from humility and repentance. Those offended or harmed by racist persons, attitudes, and behaviors can only be healed through forgiveness. Those racist in heart can only be changed by faith in Jesus and repentance. A nation recovering from a history of slavery needs oceans of God's grace to find healing and reconciliation. America has experienced just that -- oceans of God's grace. But we need even more in a country that has turned from God and now faces new race challenges. Last week, I quoted from Billy Graham's introduction to Nicki Cruz's 1968 book, Run Baby Run. In it he described the racist gangs on the streets of New York City, and the spirit of anarchy, destructiveness, and murder that reigned among them in the late 50's. Run Baby Run tells the story of how Pastor David Wilkerson won Cruz and other gang members to Christ and the birth of Teen Challenge. We need similarly courageous believers with a lot of love to reach the next generation with the gospel.

Black Lives Matter -- Few have done as much damage as the Black Lives Matter (BLM) organization has done to the cause of racial reconciliation. They have taken advantage of unjust instances of police brutality to broaden their reach and the reach of their Marxist ideology. In the process, they have drawn a huge number of Americans into their sphere, many of whom have no idea what the organization believes and intends to do in the long run. But the more people learn about Black Lives Matter, the clearer it becomes that the organization has no socially constructive agenda but only a dangerous and destructive one. BLM's philosophy and agenda are at their core anti-American and anti-Christian. It has succeeded in disrupting much of the harmony and peace that have been positively achieved since the Civil War and Civil Rights Movement as they have agitated for greater hostility and fear among the races. They have taken full advantage of the fault lines in race relations that still exist, and succeeded in doing damage to our entire society, which, if you have studied Marxism, you know is the revolutionary goal of Marxists. And no nation could be a greater enemy to Marxism than America. Instead of any advancement of black people or reconciliation between the races, BLM has catalyzed violence and disorder. BLM has united radical left blacks and whites and recruited rank-and-file unsuspecting blacks, whites, and others who simply want to be engaged in the cause of justice for black people and other minorities.

Many do not realize that the BLM organization's ideology is anti-Christian and anti-American and is building an organizational infrastructure from which to make further future destructive attacks on American society. Rather than promoting the advancement and prosperity of black families, BLM publicly and boldly advocates against the biblical, natural family and promotes the LBGTQ movement and transgender philosophy. The outcome is greater hostility, anger, and hatred among their recruits, fear and distrust among others, and disruption, confusion, and instability in many American institutions including American politics. It is essential for those who want racial reconciliation not to be confused by the seeming success of BLM. The organization and its goals will create the exact opposite. (See Ken Blackwell's must read article, Black Lives Don't Matter to Black Lives Matter)

Praising the U.S. Supreme Court's Good Decisions -- On June 30, the Supreme Court issued its decision in Espinoza v. Montana, ruling that the state may not deny a school voucher to a worthy student who chooses to use it to attend a religious school if it can be used to attend a non-religious school. Today, the Court ruled that the Little Sisters of the Poor and other religious groups cannot be forced to cover the insurance cost of birth control or abortifacient devices that they find objectionable based upon conscience or religious faith (this after nine years and numerous threats and court battles that the Little Sisters have undergone). The decision upheld an Executive Order by President Trump nullifying the effect of an Obama era ruling that would levy heavy daily fines for any organization that failed to provide such birth control insurance to their employees. Also today the Court ruled in Our Lady of Guadalupe School v. Morrissey-Berrut that Catholic and other religious schools could not be forced to hire or continue the employment of individuals that do not meet their employment standards. Essentially, this means that religious schools are in control of their own government and ideological tenets, not the civil government. (See FRC on the Little Sisters' case; Big win for Little Sisters)

Iranian Nuclear Facility Destroyed, and Israel is Blamed -- Iranian leaders regularly lead crowds in chants of "Death to Israel, Death to America." This weekend they blame d Israel and the U.S. for bombing a nuclear fuel enrichment site that seriously set back the nuclear program. But more recent stories suggest that Iran is confused (see NY Times; A Direct Hit; Accident). Meanwhile, a dozen Christian Iranians were arrested by the Iranian Revolutionary Guard there and dozens more required to give their information for future questioning. Iran is experiencing a Christian revival in a Muslim nation where dedicated believers (reportedly 4 million) continue to serve their neighbors in the name of Jesus. (12 Arrested; Revival in Iran)

Finally, the Call2Fall is over. Now we look for The Return on September 26, 2020. It is a National and International Solemn Assembly -- a time for all to repent and return to God!