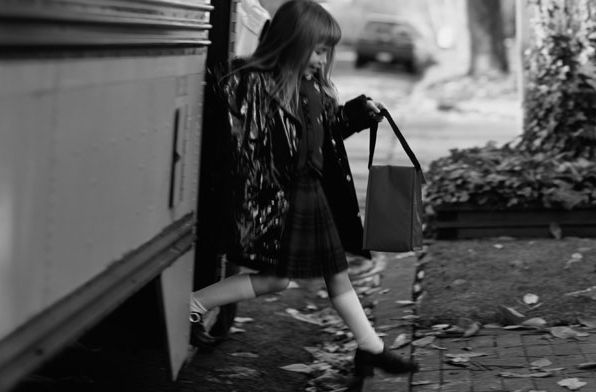 The American Heritage Education Foundation (AHEF), along with other professional historians and educators, recognize the need for civic education: "America is in such significant social, cultural, philosophical, governmental, and educational decline, experts affirm, that if such educational neglect continues, the country will not survive as it was founded." These excerpts are from America is at Risk:

Unlike countries governed by dictatorships or state-controlled systems, America was founded on ideas, on principles and values such as God-given individual rights and Freedom, Unity, Progress, and Responsibility. These principles appear in our Declaration of Independence, U. S. Constitution, and other founding documents. They are also found in the philosophical ideas and values of Western Civilization and Judeo-Christian thought. An understanding of these principles and values is declining or disappearing in K-12 schools and in colleges and universities. Yet a nation built on philosophical ideas and principles cannot survive if those principles are not taught, learned, and reinforced in schools and institutions.

In 2005, the American Bar Association conducted an opinion poll on Civics Education which revealed the general public's lack of knowledge and understanding of civics, government, history, and law. The study showed that 45% or nearly half of Americans could not identify the three branches of government.

In 2006, the National Center for Education Statistics administered the National Assessment of Educational Progress (NAEP), known as the Nation's Report Card, in civics. It showed that only about one-quarter of students in grades 4, 8, & 12 were proficient in civics.

In 2006 and 2007, the Intercollegiate Studies Institute (ISI) found in its respective studies The Coming Crisis of Citizenship and Failing Our Students, Failing America that most graduating college seniors failed a basic civic literacy test on America's history and institutions.

In 2008 the Intercollegiate Studies Institute (ISI) found in its study Our Fading Heritage that 71% of Americans of all backgrounds, incomes, and education failed a basic civic literacy test. Only 27% knew that the Bill of Rights prohibits the establishment of an official religion in the United States.

In 2008, the Bradley Foundation conducted a study called E Pluribus Unum to assess America's national identity...[finding] many Americans are more aware of what divides us than of what unites us. We are in danger of becoming not 'From Many, One' -- E Pluribus Unum -- but its opposite, 'From One, Many.'"

In 2011, the National Association of Scholars (NAS) conducted a study called The Vanishing West: 1964-2010: The Disappearance of Western Civilization from the American Undergraduate Curriculum. The study traces "the decline and near extinction of the Western Civilization history survey course in America's top colleges and universities from 1964 to 2010." In 2012, the Educational Testing Service (ETS) conducted a study called Fault Lines in Our Democracy that revealed a lack of civic knowledge among K-12 students.

In 2017, the National Association of Scholars (NAS) conducted a study called Making Citizens: How American Universities Teach Civics. The study found that a new movement in American higher education aims to transform the teaching of civics to make students supporters of the New Left's goal to "fundamentally transform" America. It observed that "instead of teaching college students the foundations of law, liberty, and self-government, colleges teach students how to organize protests, occupy buildings, and stage demonstrations...The study concluded that "traditional civic literacy is in deep decay in America" and that the New Civics movement of progressive activism has "taken over civics education" and "aims to take over the entire university."

"In 1777, John Adams wrote to his son about the importance of education. He said it was necessary to teach the next generation about America's founding principles in order to preserve the freedom and independence so many of his fellow countrymen sacrificed to achieve..." (Cal Thomas, Syndicated Columnist, "Colleges are cheating their own students." 2007).

"It's important that students understand not only our flaws and failings, but also the degree to which the United States was really the first modern democracy and the degree to which it has inspired democrats around the world.... It's a call for balance; it's not a call for purging from the history books honest criticism of our failings --Larry Diamond, Hoover Institution (Fox).

"America never was made up of bloodlines, like most countries. It was a nation based upon the common ideas of personal liberty and responsibility, representative government, equal justice before the law, and the idea mankind can evolve constantly to higher states of prosperity and happiness. In short, America is based upon ideas. And the knowledge of those ideas is exactly what we are losing." --Georgie Anne Geyer, Author, Historian, ("Time to refresh our national memory," The Washington Times, May 29-Jun 4, 2000).

"The history of the world has been in great part the history of the mixing of peoples. Ethnic and racial diversity is more than ever a salient fact of the age. But what happens when people of different origins, speaking different languages and professing different religions, inhabit the same locality and live under the same political sovereignty? Ethnic and racial conflict -- far more than ideological conflict -- is the explosive problem of our times. On every side today, ethnicity is breaking up nations. Is there any large multi-ethnic state that can be made to work? The answer to that question has been, until recently, the United States. 'No other nation,' Margaret Thatcher has said, 'has so successfully combined people of different races and nations within a single culture.' How have Americans succeeded in pulling off this almost unprecedented truth? Hector St. John de Crevecoeur, who came from France in the 18th century, marveled at the astonishing diversity of the settlers. 'What then is the American, this new man?' And he gave a famous answer: 'Here individuals of all nations are melted into a new race of men' -- E Pluribus Unum (From Many One). In the 20th century, new immigration laws altered the composition of the American people, and a cult of ethnicity erupted... Pressed too far, the cult of ethnicity has unhealthy consequences. It rejects the historic American goals of assimilation and integration. And in an excess of zeal, people seek to transform our system of education from a means of creating 'one people' into a means of promoting, and perpetuating separate ethnic origins and identities. If separatist tendencies go unchecked, the result can only be the fragmentation, resegregation, and tribalization of American life."

"The growing diversity of the American population makes the quest for unifying ideals and a common culture all the more urgent. In a world savagely rent by ethnic and racial antagonisms, the U. S. must continue as an example of how a highly differentiated society holds itself together." --Arthur M. Schlesinger, Jr., Historian, Author, "The Cult of Ethnicity, Good and Bad." (See American Heritage Education Foundation - America at Risk; Also: Historic & Contemporary Excerpts; Books & Articles List)

The Public Education Emergency -- When the U.S. Supreme Court took prayer, Bible reading, and the Ten Commandments out of our schools, it effectively eradicated the influence of faith from public education, and children began to be indoctrinated into secularism, political liberalism, and sexual confusion. Parents now go into debt to send their young adult children to colleges where they will be further indoctrinated in not-so-subtle anti-Americanism, socialism, Marxism, hedonistic immorality, sexual confusion, and perversion. It is little wonder we now see Marxist groups fomenting lawlessness and destruction in our streets, while educated liberal politicians and elected leaders champion them. Since the 60's, a growing number of parents have chosen private schools, Christian schools, and homeschooling options with positive results. But too many parents cannot afford to make those choices or do not understand the seriousness of the situation. A majority of children still attend public schools. If parents do not take a serious look at what has happened, reject the status quo, and determine to take an upper hand in their children's educations, the handwriting is on the wall. Some state and local school systems are very good, and others may be salvageable, but only if parents get seriously involved, accepting nothing less than the full acceptance of their authority over what their children are taught. Some of the schools, where teachers are controlled by the ultra-liberal National Education Association, may not be salvageable and parents will have to find other alternatives. Now is a good time for parents to demand school choice while schools are being closed down due to the pandemic. Too many adult Americans, too, are confused over whether the principles that created America are needed for it to survive, and those principles are now under serious attack. Public schools are not going to disappear. But Christian parents must get involved even if they take their children out of the system. Students indoctrinated in anti-family, anti-American ideologies are in grave danger of becoming morally and practically dysfunctional citizens. This insanity must end! The government monopoly must either be corrected or broken up for the sake of our children and the survival of our Republic. Thinking parents must lead an education revolution and support the organizations that support them and their children. This is an emergency for parents, our children, and America! (Why Choice is the Solution to the Education Conundrum; School Choice, an American Value; College Professors Overwhelmingly Liberal; SCOTUS Protects Religious Schools; COVID-Era Education-A Tip From the Burger Industry; 30-Day Prayer Guide for our Public Schools)