And Elijah came to all the people, and said, "How long will you falter between two opinions? If the Lord is God, follow Him; but if Baal, follow him." But the people answered him not a word. (1 Kings 18:21) 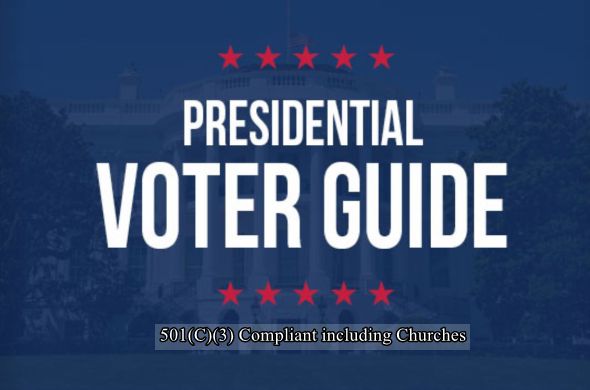 Election Day is just six days away. Most believe it will be the most important election in our lifetimes -- for all Americans, whether they know it or not. May each of us "pray without ceasing" between now and Tuesday that God, who sees all things, will act on our behalf to expose the unseen efforts to illicitly sway the vote. Experts tell us that the potential for fraud, due to multiple vote-by-mail schemes adopted by many states, is huge. Long experience tells us that there are some people who are more than willing and ready to take every opportunity they can to cheat and advance their interests in a particular candidate, or candidates in elections big and small -- national, state, and local. And there is plenty of room for unintended error in an operation this large. Trash bags of ballots found in the city dump, stolen ballots, persons who have received and used mail-in ballots sent to dead relatives or former occupants of their homes who have used them to support their own candidates.

The Heritage Foundation tells us that "Election fraud is real, and can change the outcome of an election." A sampling from their Election Fraud Database makes clear that there are many ways to tamper with elections. It is important to remember that every fraudulent vote that is cast invalidates the vote of an eligible voter.

Many elections are won by just a few votes and some by a single vote. May we pray that all honest Americans will vote and that the Lord will lead them. May we persuade our friends to do likewise.

Experts tell us that it could be a while before the election is decided. There is already violence in our streets agitated by some who hope it will sway the election.

Thankfully, many of God's people have conducted Solemn Assemblies across America and around the world in anticipation of an election that thinking people everywhere are calling a "tipping point." In Washington, D.C., multiplied thousands came for an evening and a day to humble themselves in prayer and repent of their own sins and the sins of our nation. God affirmed their gathering with his presence in many different ways. The Return was a true solemn assembly which contained the elements of the ancient solemn assemblies that God ordered and blessed in Scripture. The Return took place on the "Sabbath of Return" situated on the Jewish calendar between the Feast of Trumpets and the Day of Atonement. If you were not there, you can still take part after the fact by visiting TheReturn.org. Franklin Graham's prayer march on the same day brought thousands more to Washington, similarly having called believers to repent and pray for our country. More than 12 million watched The Return live on internet simulcasts, and millions more prayed in similar independent prayer and repentance gatherings in churches across America and around the world -- praying for America. I learn of new special election prayer efforts and initiatives every day. God's people are praying! We cannot pray too much, unless the Lord is telling us to take action and we are choosing to stay hidden in our prayer closets.

Our nation's brilliant, god-fearing Founders (most of them by far) gave us a Constitution that if taken together with our Declaration of Independence, connects our national birth and future to God our creator, lawgiver (laws of nature and of nature's God), the God of Providence, and the supreme judge of the world to whom Scripture plainly teaches that each one of us will give account to for our life and behavior. The Preamble to the Constitution explains the document's purpose. It is especially aimed at parents, children, grandchildren, and generations to come. It is for people who have high hopes for their children to lead honorable and productive lives, free to pursue their dreams and to contribute to our society. They want their children and grandchildren to live in a nation that is committed to their safety, freedom, and peace. As Americans, they want their children to enjoy all the blessings of liberty with law that the Founding Fathers envisioned for future generations to enjoy:

We the people of the United States, in order to form a more perfect union, establish justice, insure domestic tranquility, provide for the common defense, promote the general welfare, and secure the blessings of liberty to ourselves and our posterity, do ordain and establish this Constitution for the United States of America.

Christian parents want their children and future generations of young people to come to know Christ, to live for Christ and to achieve great things for him. They want an America where all Christians have the freedom to share the gospel to those who do not yet know him. And they want all people to be able to work, make a living, create, and build businesses. They want all people to be free to speak their mind and hearts freely in the public square -- to share and discuss faith, history, health, education, welfare, and other matters with complete freedom, without fear of censorship or discrimination.

They want their children and grandchildren free of worry from being targeted, limited, or denied treatment they should rightly expect from their employers, schools, big tech, social media, small and large businesses, sports leagues, and government at every level. They should expect God-ordained government to protect them from thugs, gangs, looters, plunderers, and killers, whether motivated by hatred, criminality, misguided views of the means to social or racial justice, or Marxism seeking to foment revolution. The U.S. Constitution disallows governments and people from taking anyone's life or property without due process of law. But a new wave of social lawlessness has made some among us feel entitled take, harm, or even destroy those who disagree with them, and the governors in some places have allowed this kind of lawlessness to persist without using police authority to stop it. The lawless must be held to account. Pray that lawlessness will not take place in the elections.

Please pray over these matters as the Lord leads you: 1) Read FRC Action's Presidential Voter Guide and pray over every item. This voter guide is 501(c)(3) compliant and approved for distribution by 501(c)(3) organizations, including churches. The purpose of this guide is to educate voters and not to endorse any particular candidate. Forward it to your friends and family and ask your pastor to make them available to your fellow church members; 2) Pray over FRC Action's comparison of the Major Political Party Platforms in their own words, and ask others to do so; 3) Pope Francis' endorsement of same-sex unions sends shock waves around the world (LifeSiteNews; Franklin Graham); 4) Amid the news of Amy Coney Barrett's confirmation to the U.S. Supreme Court, many have missed the news of Secretary of State Mike Pompeo and Secretary of Health and Human Services Alex Azar's successful leadership and signing with 32 nations of the Geneva Consensus Declaration to the UN and the international community that abortion is not a universal human right; 5) A coalition of black pro-life leaders are asking the government to investigate Planned Parenthood, which has long been known for its racial discrimination.