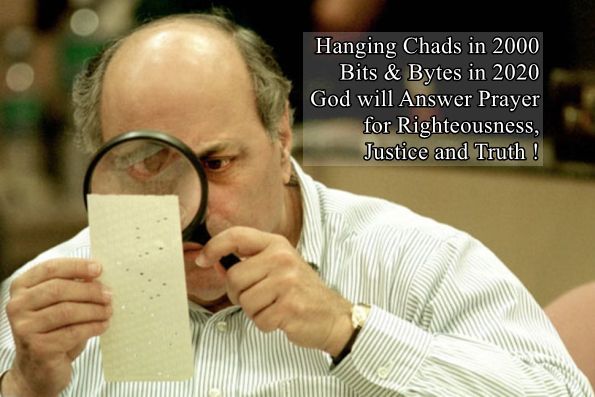 John Adams (1735-1826) (see bio) was inaugurated the second President of the United States on March 4, 1797. A diplomat in Europe during the American Revolution, he helped negotiate the peace treaty to end the war. In 1788, he was elected Vice President for two terms under President Washington. Adams said, "A decent respect for Christianity [is] among the best recommendations for the public service." When defeated by Thomas Jefferson in 1801, he was not invited to the inauguration. This was the first time the government had changed hands in a contested election. Adams presided over the first peaceful transfer of political power. Upon leaving the White House with Abagail, he said, "I pray Heaven to bestow the best of blessings on this house, and on all that shall hereafter inhabit it. May none but wise and honest men ever rule under this roof." These excerpts are from his inaugural speech:

I first saw the Constitution of the United States in a foreign country... I read it with great satisfaction, as the result of good heads prompted by good hearts, as an experiment better adapted to the genius, character, situation, and relations of this nation and country than any which had ever been proposed or suggested. In its general principles and great outlines, it was conformable to such a system of government as I had ever esteemed, and in some States, my own native State in particular, had contributed to establish. Claiming a right of suffrage, in common with my fellow-citizens, in the adoption or rejection of a constitution which was to rule me and my posterity, as well as [others], I did not hesitate to express my approbation of it on all occasions, public and private... Its operation has equaled the happiest expectations of its friends... What other form of government can so well deserve our esteem and love?...

We should be unfaithful to ourselves if we should ever lose sight of the danger to our liberties if anything partial or extraneous should infect the purity of our free, fair, virtuous, and independent elections. If an election is to be determined by a majority of a single vote, and that can be procured by a party through artifice or corruption, the Government may be the choice of a party for its own ends, not of the nation for the national good. If that solitary suffrage can be obtained by foreign nations by flattery or menaces, by fraud or violence, by terror, intrigue, or venality, the Government may not be the choice of the American people, but of foreign nations. It may be foreign nations who govern us, and not we, the people, who govern ourselves; and candid men will acknowledge that in such cases choice would have little advantage to boast of over lot or chance.

I venture to say that If a preference, upon principle, of a free republican government, formed upon long and serious reflection, after a diligent and impartial inquiry after truth; If an attachment to the Constitution of the United States, and a conscientious determination to support it until it shall be altered by the judgments and wishes of the people, expressed in the mode prescribed in it; If a respectful attention to the constitutions of the individual States and a constant caution and delicacy toward the State governments; If an equal and impartial regard to the rights, interest, honor, and happiness of all the States in the Union, without preference or regard to a northern or southern, an eastern or western, position, their various political opinions on unessential points or their personal attachments; If a love of virtuous men of all parties and denomination; If...every institution for propagating knowledge, virtue, and religion among all classes of the people, not only for their benign influence on the happiness of life in all its stages and classes, and of society in all its forms, but as the only means of preserving our Constitution from its natural enemies, the spirit of [deception], the spirit of party, the spirit of intrigue, the profligacy of corruption, and the pestilence of foreign influence, which is the angel of destruction to elective governments; If a love of equal laws, of justice, and humanity in the interior administration; If an inclination to improve agriculture, commerce, and manufacturers for necessity, convenience, and defense; If a spirit of equity and humanity toward the aboriginal nations of America, and a disposition to meliorate their condition by inclining them to be more friendly to us, and our citizens to be more friendly to them; If an inflexible determination to maintain peace and inviolable faith with all nations, and that system of neutrality and impartiality among the belligerent powers of Europe which has been adopted by this Government and so solemnly sanctioned by both Houses of Congress and applauded by the legislatures of the States and the public opinion, until it shall be otherwise ordained by Congress... [W]hile the conscious honor and integrity of the people of America and the internal sentiment of their own power and energies must be preserved, an earnest endeavor to investigate every just cause and remove every credible pretense of complaint... If a resolution to do justice as far as may depend upon me, at all times and to all nations, and maintain peace, friendship, and benevolence with all the world; If an unshaken confidence in the honor, spirit, and resources of the American people, on which I have so often hazarded my all and never been deceived; If elevated ideas of the high destinies of this country and of my own duties toward it, founded on a knowledge of the moral principles and intellectual improvements of the people deeply engraven on my mind in early life, and not obscured but exalted by experience and age; and, with humble reverence, I feel it to be my duty to add, If a veneration for the religion of a people who profess and call themselves Christians, and a fixed resolution to consider a decent respect for Christianity among the best recommendations for the public service, can enable me in any degree to comply with your wishes, it shall be my strenuous endeavor that this sagacious injunction of the two Houses shall not be without effect...

And may that Being who is supreme over all, the Patron of Order, the Fountain of Justice, and the Protector in all ages of the world of virtuous liberty, continue His blessing upon this nation and its Government and give it all possible success and duration consistent with the ends of His providence. (President John Adams, Inaugural Address, March 4, 1797, Philadelphia, Pa.)

For Intercessors, the Resolution of the 2020 Election is Priority #1 -- Intercessors and prayer warriors across America are concerned for all the legitimate concerns the Scriptures dictate, but for the moment, you'll have trouble finding a prayer group in America that does not have the presidential election recounts as a priority, praying that the allegations of voter fraud are investigated and adjudicated, procedural errors are discovered, every instance of mischief or fraud uncovered, and those guilty of fraud be brought to justice. The success of the America system of government "of by and for the people" is utterly dependent upon an honest vote count in every election. Lawlessness has been awakened and has become rampant in our country. There is evil and there are evil persons without any conscience or fear of retribution.

Christians will understand that only God-sent revival in our churches and spiritual awakening throughout our culture can shape governments whose leaders, workers, and agents truly understand the essential truths our Founding Fathers so often repeated. John Adams declared, "Because We have no Government armed with Power capable of contending with human Passions unbridled by... morality and Religion. Avarice, Ambition... Revenge or Gallantry, would break the strongest Cords of our Constitution as a Whale goes through a Net. Our Constitution was made only for a moral and religious People. It is wholly inadequate to the government of any other" (Founders Online).

Because of human nature and original sin, there will always be those who seek to game the system for their own gain. Our Founders produced an amazing system to restrain and check human nature through law and checks and balances in our government. The federal government and the states must hold accountable every lawbreaking individual, organization, or nation that has interfered with the integrity of any American election. Americans must be able to have confidence that their vote will count. This current election, despite declarations otherwise by the liberal news media, social media giants, and others, is in question by a large percentage of Americans. No court, government agent, or agency should minimize allegations and evidence of voter fraud or fraud within the electoral system -- whether at the local, state, or federal level. Thankfully, governors of some states have taken these allegations seriously, and meaningful investigations, even recounts, are underway. The mainstream media has essentially discounted or altogether dismissed allegations of irregularities despite numerous testimonies by eyewitnesses that have been collected by advocates for justice. The Department of Justice and the FBI have launched investigations, but too many Americans are not assured, after the last four years, that they can count on those agencies to be unmoved by political ideology rather than facts -- on both sides of the aisle.

The praying people of God are focused on this matter, and rightly so. I urge you to join those who are. (See Election 2020: Where There's Smoke, There's Usually Fire; Legal and Constitutional steps in certifying an election of the U.S. President and Vice President; State Legislators and the Electors they choose will have the final word; Those collecting evidence confident; Is there evidence of China or others meddling?; Hear: Former Ohio Secretary of State Ken Blackwell discuss Election issues - Begin at 37:05-47:44)

Thank you for praying, now more than ever!